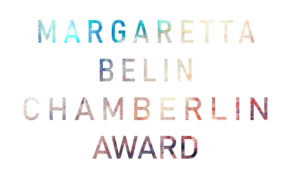 The 2021 Margaretta Belin Chamberlin Award will be presented at the Women in Philanthropy Quarterly Meeting to be announced at a later date. The recipient will receive a monetary award of $1,000 for the purpose of personal development or to donate to a charitable organization of the recipient’s choice.