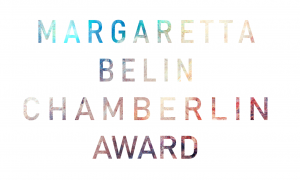 Women in Philanthropy and the Scranton Area Community Foundation invite you to nominate an individual for the 2021 Margaretta Belin Chamberlin Award.

The Margaretta Belin Chamberlin Award will be presented at the Women in Philanthropy Quarterly Meeting to be announced at a later date. The recipient will receive a monetary award of $1,000 for the purpose of personal development or to donate to a charitable organization of the recipient’s choice.